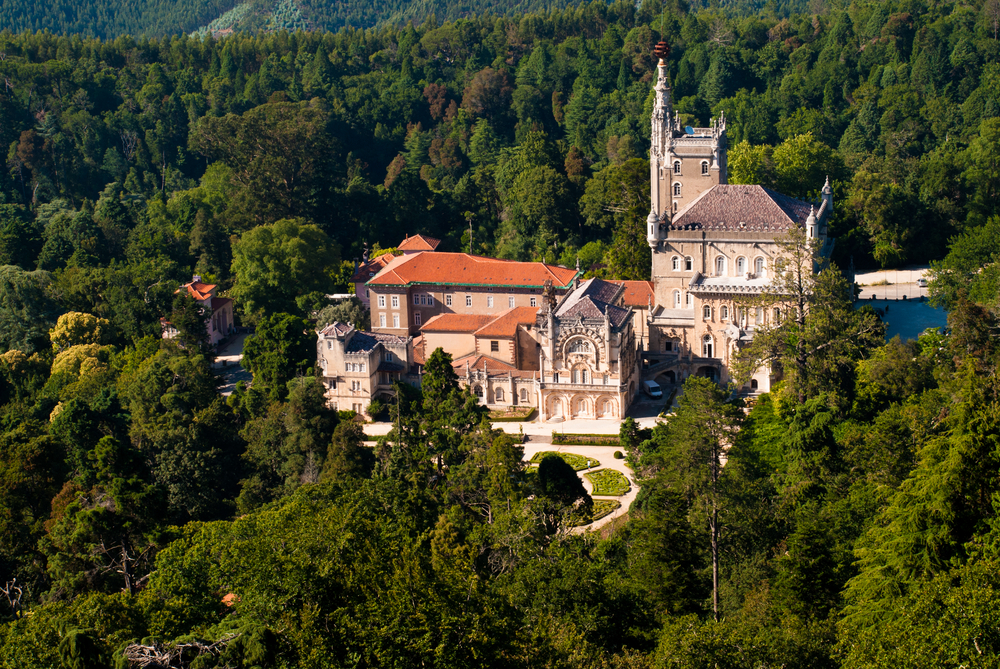 The Magic of Buçaco Woods: Garden tours in Portugal

A high wall with eleven doors surrounds the magical Buçaco Woods, at the far end of the Buçaco mountain. This wall was built by the Carmelite monks in the 17th century, to protect this unique botanical and spiritual treasure. The Buçaco woods, a small, yet extremely varied forest in the center of Portugal is truly an enchanting place. It has a kind of serene magic to it, and a stroll through the Buçaco Woods will make you discover a different kind of natural exuberance.

More than 700 different botanical species cohabit in the verdant Buçaco Woods. Although relatively small in size when compared to other European forests, the Buçaco Woods feature an extraordinary variety of plant species. There are around 400 endemic plants of the Portuguese Atlantic Coast and 300 brought from other places. Such a biodiversity is unique in Europe, which makes the visit to the beautiful Buçaco Woods even more vital for nature lovers. Sometimes, the meeting of Portuguese and exotic plants at Buçaco Woods produces extraordinary symbiosis. This is the case of the Buçaco cedar (Cupressus lusitanica), an important cypress originally from Mexico which might have been the first exotic species to be planted by the monks in 1656. After 1850 many exotic plants were introduced at Buçaco such as the cedars, sequoias, araucaria and eucalypt, among many others.

All paths lead to amazement at the Buçaco Woods

Botanic enthusiasts will fall in love with the Buçaco Woods. With at least six clearly identified pedestrian paths to discover, Buçaco Wood are always a fresh, mesmerizing experience for the eyes and the spirit. Stroll through the woods along the beautiful paths in the heart of the mountain and discover the wonders of the Buçaco Woods. The valley of ferns (Vale dos Fetos, built in 1887) and the grand lake, the luxuriant vegetation and the centennial trees. The relic forest is another gem of the Buçaco Woods. With several autochthonous species, it keeps the original features of the primitive forest, before human intervention, experts say.

An historic view of the Buçaco Woods

As luxuriant as nature might be around such an enchanting place, there are other reasons to visit Buçaco Woods. Expand your tour of Buçaco Woods and explore the woods through a cultural and historical perspective. The Buçaco Woods, a kind of Carmelite Desert created by the monks, have been described by historians as one of the “most singular architectural and landscape complexes in Portugal”. “Desert” here, means of course a retreated and isolated place, where the monks could deliver themselves to penitence and contemplation. With the different “ermidas” (hermitage/ chapel) built by the monks, and the recreation of the Via Sacra in the scenery of the Buçaco Woods this spiritual place emerges. Like the barefoot Carmelites who first took refuge in this place, and transformed the primitive forest, find your inner peace as you discover the bewildering Buçaco Woods.