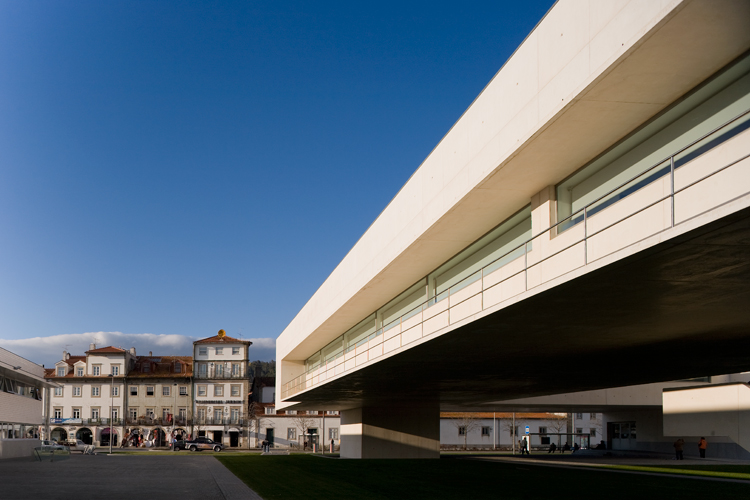 Siza Vieira and Eduardo Souto de Moura need no introduction. The two Portuguese Pritzker Prize winners are the most respected Portuguese architects and their edifices are the natural protagonists of architecture tours in Portugal. Although from different generations and with different approaches to architecture (Siza Vieira was born in 1933 and Souto de Moura was born in 1952) they share a common ground, alive in the tradition of Escola do Porto, which each of them so singularly helped to shape. Architecture tours in Portugal simply wouldn’t make sense without these two names.

Architecture Tours in Portugal: By architects, for Architects

A visit to Portugal is the perfect chance to take an in-depth look at the masterpieces created by these exceptional architects, especially if you choose a tailor-made architecture tour in Portugal, which will take you to some of the best architectural sites in the country. Designed by architects, for architects, our architecture tours in Portugal will unveil the wonders of one of the strongest elements of Portuguese contemporary creative scene.

From Matosinhos, the town near Porto where  Siza Vieira was born, to the plains of Alentejo, in the South of Portugal, where he designed a state-of-the-art winery, Adega Mayor, architecture tours in Portugal around the work of Siza Vieira are a captivating way of discovering both the architect’s genius and the landscapes that have inspired it. From the understated beauty of the Boa Nova Tea House, implanted on the rocks on the waterside, to one of the architect’s first projects – the refurbishment of a mid 19th century townhouse, which belonged to his family and now houses the Casa da Arquitectura – to the impressive Pavilhão de Portugal, in Lisbon, with its stunning sagging concrete roof, the architecture of  Siza Vieira never fails to amaze. It is at the very core of the country’s cultural scene, and architecture tours in Portugal are probably one of the best ways to discover its out-of-the-ordinary character.

Souto de Moura’s architecture is always surprising and unexpected. Groundbreaking, at the Estádio de Braga (Braga Stadium), a football stadium carved out of the granite hillside; visionary, in the Centro Cultural de Viana do Castelo; monumental, in the Alfândega do Porto refurbishment project. These are just some of the projects by the architect that can bee seen in our carefully programmed architecture tours in Portugal. Another great example of Souto de Moura’s unmatchable talent to bring the past into the present is the beautiful Pousada de Amares, an ancient 13th Century Cistercian Monastery, now refurbished and transformed into a state-of-the-art Monument Hotel. A customized architecture tour to this unbelievably beautiful Monastery in the North of Portugal, will reveal the power of Souto de Moura’s architecture. He used the available granite stones to build a new space, respecting the notion of ruins in transformation, and with that, the profound asceticism of the place.