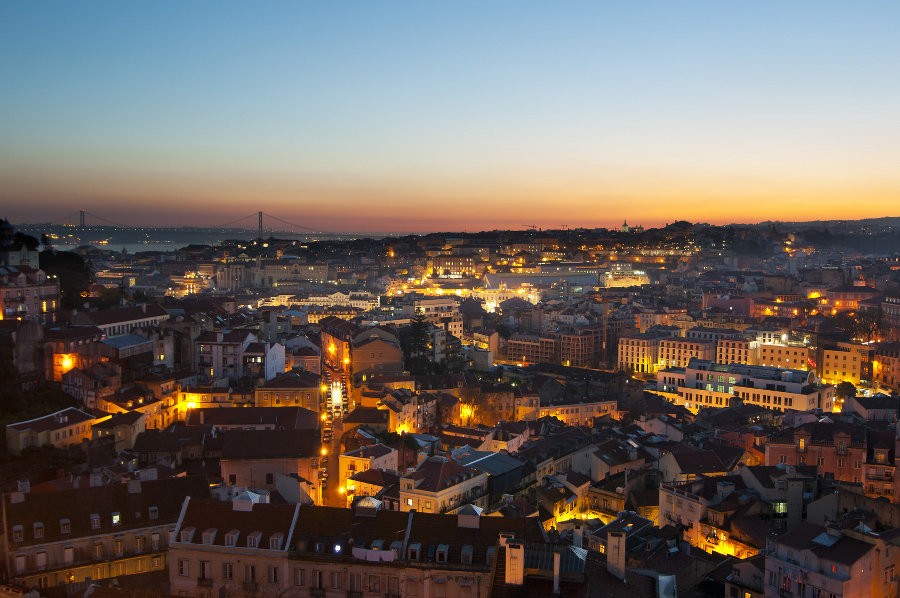 City breaks in Portugal: Take a Walk on The Bright Side

Selective urbanites will be fascinated by the richness and originality of city breaks in Portugal. Lisbon and Porto, the country’s two most important cities, are two absolute must-sees for anyone looking for a great city break experience in Portugal.

Portugal is known for its superb natural landscapes, a unique mix of Atlantic vastness and Mediterranean gentleness. But to visit Portugal and not feel the pulse of its dazzling cities would be like missing a great part of the story. City breaks in Portugal, especially around Lisbon and Porto, can be the icing on the cake, as they reveal the unknown side of two of Europe’s most original metropolis. With carefully planned, yet surprising city breaks in Portugal, you will unveil the charm of two of the most attractive historic cities in Europe, with a thriving contemporary scene, a sparkling combination art, food and style perfect for well-travelled city lovers.

City Breaks in Lisbon: Feel the Pulse of the Portugal’s Vibrant Capital

Lisbon can be a wow moment. No wonder, the emotions and feelings most often associated to Lisbon by travellers are “love”, “beauty” and “happiness”. Unexpected, welcoming, historical and yet contemporary, Portugal’s capital has been unanimously hailed as one of Europe’s top city break destinations by the world’s leading travel publications. Lisbon is the most sought-after destination for city breaks in Portugal, and it is easy to tell why. Because of its unique luminosity, created by the way the light reflects on the Tagus River and the limestone of its sidewalks, Lisbon is know as the “white city”. But a city break in this incredibly beautiful metropolis will reveal many other colors.  It could be the pale rose of its façades, the scintillating silver tones of its riverbank, the lively colors on the winding streets of Alfama or the cosmopolitan vibe of the city’s zesty neighborhoods. With a tremendously rich history, an exciting contemporary landscape, and a vibrant cultural and creative scene, Lisbon, the city of the seven hills, is a delightful rollercoaster of experiences waiting to happen.

The discreet charm of the North of Portugal: City Breaks in Porto

Relatively small, yet unexpectedly beautiful, Porto is Portugal’s second city and one of the prettiest and most charming. Even if you’re just spending a couple of days, if you’re looking for a memorable city break in Portugal, you shouldn’t miss it. With centuries-old history and some of the countries’ most important contemporary architectural landmarks, Porto has the best of both worlds. Often city breaks in Porto start with a stroll around the Baixa, or old town, which was classified as World Heritage by the UNESCO in 1996. It’s the historical center of the city, and it’s origins date back to the Middle Ages, when Porto was built on the northern bank of the Douro River. With fine examples of Baroque architecture, such as the famous Torre dos Clérigos and cultural gems not to be missed (such as the early 20th century bookstore Lello, know as the world’s most beautiful library) Porto really is full of surprises. Heading south, this perfect city break in Portugal continues down Avenida da Boavista towards the Foz, the city shows its modern side with splendor. Two of the city’s absolute must-sees are the beautifully forward-looking Casa da Música, and the magnificent Serralves Foundation, a contemporary art museum designed by Siza Vieira, surrounded by beautiful gardens.

Lisbon and Porto both have a privileged geographic position, facing the Atlantic Ocean and embracing the Tagus and the Douro rivers, respectively. These should definitely be your first choice if you’re looking for a stimulating city break in Portugal. Often seen as a point of departure for longer journeys, these cities are a cultural destination on their own right, with a diverse offer that will give you plenty of reasons to stay. City breaks in Portugal are the perfect opportunity to discover all that the country has to offer: art and architecture, in ancient, modern and contemporary art museums, galleries and buildings; incredible cityscapes; exciting shopping experiences and unmatchable food and wine moments, in an awesome combination of tradition and innovation. Have you made up your mind? What will be your next city break in Portugal?