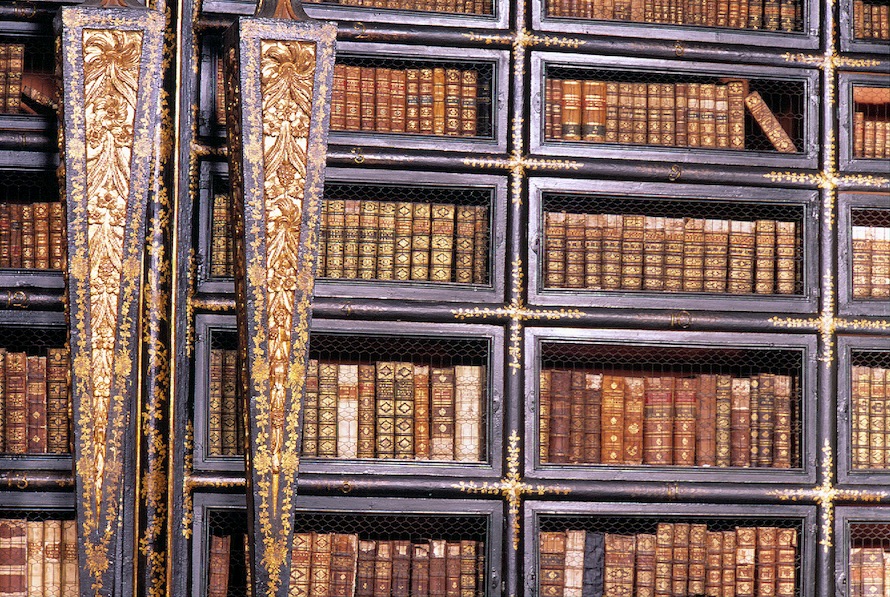 At Episode Travel we believe that every journey is the beginning of a great story. And if there is one place that holds the promise of recounting great stories, it’s the library. In your private tour in Portugal, be sure to include a visit to some of the countries’ bibliophile treasures. For those who are fond of books, or those who simply like to discover inspiring places, historical libraries – which you can visit in your tailor-made tour in Portugal-  are truly moving.

Portugal is home to some of the richest and most inspiring libraries in Europe. By taking a private tour in Portugal, these historical libraries will be like an open book to you. Full of history, the library of the University of Coimbra is one of the most unique of them and a must-see in a literary tailor made tour in Portugal. It was built in the beginning of the 18th century to exalt the King D. João V (hence it is known as Biblioteca Joanina) and the wealth of the Portuguese Empire. Include it in your private tour in Portugal and discover the greatest exponent of Portuguese Baroque. Built on three floors, it stores about 57,000 volumes, in one of the rarest collections of 16th, 17th and 18th centuries books. The building’s architecture is absolutely stunning: built as a parallelepiped in height, the interiors are sumptuous, opulent, and sometimes exotic, with the bookcases that cover the walls decorated with Chinese motifs. Here, the book conservation has an unexpected ally: a colony of bats lives inside the library, eating the insects that might damage the books.

Perusing at the Palace: a private tour in Portugal

As the story unfolds, we head south, to Lisbon, to discover the relatively small, yet sumptuous, library of the Palácio Fronteira. This once private library will open its doors to you as a highlight of your private tour in Portugal. The Palace was built in the 17th century by the first marquis of Fronteira, and is one of the most magnificent in Lisbon, to include in a tailor-made tour in Portugal. The library is a little treasure, with bibliographic gems and many curiosities, like the classical piano and a 300-year-old screen. With more than 3000 volumes, many of them very rare, the architecture is as striking as the collection. Located on the eastern wing of the palace, the beautiful loggia opens up the landscape, offering lovely views over Lisbon.

Literature loving travelers taking a tailor-made tour in Portugal will be amazed by the beauty and the richness of the countries’ historic libraries, but science fans won’t be disappointed either. The library of the Scientific Academy of Lisbon (Academia das Ciências de Lisboa) is definitely worth a visit in your private tour Portugal. The library is one of the richest in Portugal, storing some of the rarest books and documents, such as a 12th  century scroll addressed to the first King of Portugal. Naturally, the library has a fantastic scientific book collection, with works by Newton, Kepler and Linné, among many others. The architecture is equally surprising. Especially in the Noble Hall, to which you will have access in your tailor-made tour in Portugal. This part of the library was officially opened in 1795, and strikes for the beauty of the ceilings, decorated with frescoes, the beautiful bookcases, the carved wood desk, and the busts of notables overlooking the scene.