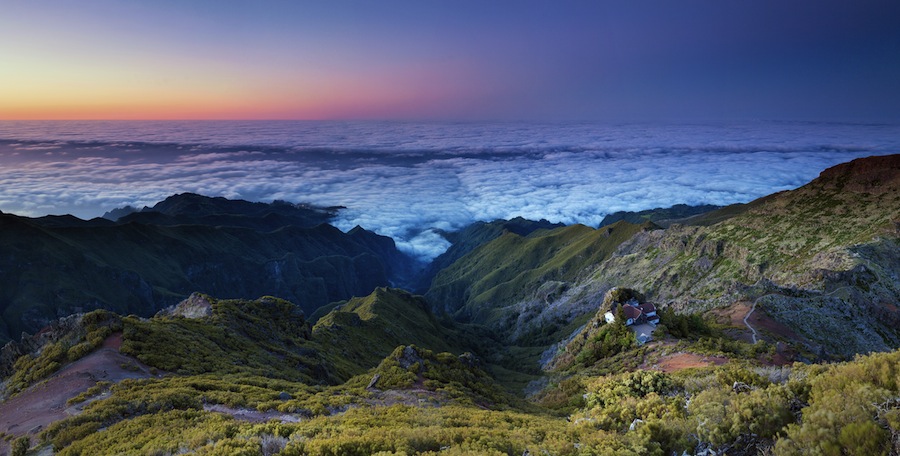 Madeira Island: the muse of poets and painters

Madeira Island has recently been chosen as the world’s leading island destination at the prestigious World Travel Awards. But the fame of this dreamlike island is not new. In fact, the beautiful Atlantic island of Madeira, located only two hours from Lisbon, has long inspired poets and painters alike.

For years, the nature, the landscape and the people of Madeira Island have stirred poetic souls and stimulated the artistic genius of countless famous visitors. You too can be inspired by this idyllic island. By tailoring a tour to Madeira Island to discover the many facets of this insular paradise.

At the elegant Reid’s hotel in Funchal, the island of Madeira’s capital city. Probably looking at the vastness of the emerald sea, the poet Rainer Maria Rilke composed some of his most beautiful verses. It was also at this legendary hotel that Nobel Prize winner George Bernard Shaw took some dancing lessons that he would never forget. When the Irish playwright left, he signed a photograph with the inscription “To the only man who ever taught me anything”, dedicated to the dancing master he’d found on Madeira Island.

In the late 19th century, Madeira Island was also an inspiration for some of the world’s most celebrated musicians. A keen traveller, French Romantic composer Camille Saint-Saens was impressed by the melodies he heard on Madeira Island. It is easy to imagine him humming along to local folk songs while at the island, and maybe these melodies have inspired some of his concertos and operas.

Known for his talents as a statesman, Sir Winston Churchill was also an inspired writer and painter. The beautiful Madeira Island must have made an impression on the politician’s most sensitive side. In 1950, an ailing Winston Churchill came to Madeira Island to recover from a stroke. The peaceful island of Madeira was the perfect retreat to write his war memoirs, to prepare himself for the following election, and above all, to develop his passion for painting. Churchill began painting after forty, but he was a quite talented artist, best known for his impressionist scenes. He painted until his death. In carefully designed tours to Madeira. You will discover Churchill’s favorite spots in the island- such as the place from which he saw the harbor in Câmara de Lobos with its fishermen boats and small cottages, depicted in the paintings.

The charms of Madeira Island

Maybe it’s the overwhelming presence of the sea, the lush vegetation covering the island’s hills, the irresistibly beautiful gardens and flowers that spread all over the island of Madeira. Maybe it’s the inimitable features of Madeira island. From the unique laurel forest, a UNESCO world heritage centre, to the famous levadas (the irrigation canals). Or maybe it’s the fascinating aspects of local culture. From the fantastic hospitality, to the unique gastronomy, to the making of Madeira wine, with its unmistakable flavor. Seen from every standpoint, Madeira island is always a wonderful surprise. For artists and travelers. A place of contemplation, rejuvenation and, yes, inspiration.