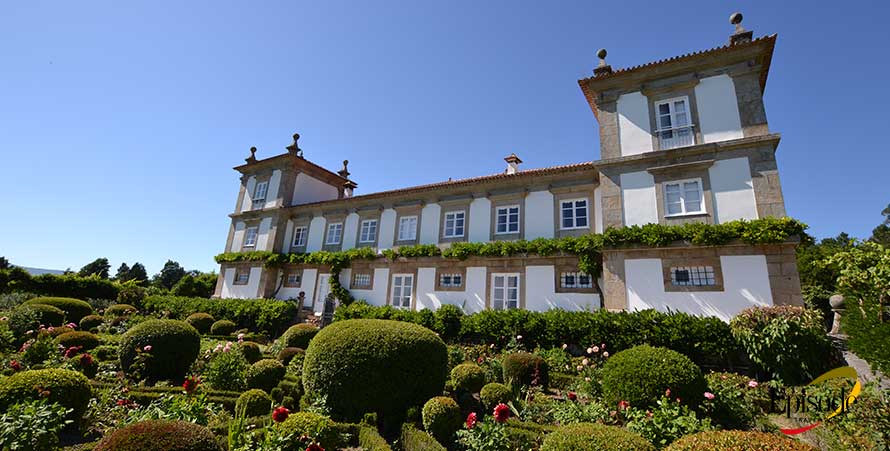 Historical Manors of the North: Private tours in Portugal

The magic of tailor-made tours in Portugal is that, by picking the best places and meeting the right people, you experience the most genuine aspect of Portuguese culture. Take the North region, for instance. It is rich in some of the most extraordinary examples of Portuguese historical architecture. But it is also one of the best places to discover the meaning of Portuguese hospitality.

This region, which can be fully experienced in a tailor-made tour in Portugal is abundant in historical manor-houses and estates. Many of them were built centuries ago by the Portuguese aristocracy. One of this superb manor-houses is Paço de Calheiros, overlooking the beautiful town of Ponte de Lima. This is one of the jewels of the Minho region to be discovered in a private tour in Portugal. This baroque palace is one of the noblest of the region, built by Lopes Calheiros in 1700, with its majestic towers and classic façade.

The fabulous estate is now a boutique hotel, and it is also known for its superb gardens. You will ravish in the orange trees, magnolias, olive trees and of course the lovely camellias, which are in full bloom in summer, offering a spectacle of rare beauty. A tailor-made tour in Portugal that includes this wonderful setting will take you back in time. You will have a first-hand experience of hospitality, as the owners share stories of their ancestors around a beautiful table, tasting the local delicatessen and sampling the wine taken from the estate’s vineyards.

Our tailor-made tour in the north of Portugal continues at Molares, near the town of Celorico de Basto. This is the home to one of the most charming and unique manor houses of the region: Casa do Campo. A hidden treasure, known for the originality of the architecture and the uniqueness of its gardens.

A private tour in the north of Portugal will take you behind closed doors to discover this precious gem. The estate’s origins date back to the 16th century but the manor house as we know it today was built around 1734.

Casa do Campo is very atypical, but this is the key to its charm. The garden, designed by the founder, Torcato Álvares de Carvalho, is a true splendor. You won’t forget the camellia trees which were imported directly from Japan. Another highlight of this one-of-a-kind garden, which you will be able to see in a tailored, private-tour in Portugal, is the magnificent topiary, from the 19th century, but still as fresh as ever.

Exotic Beauty: a private tour of the most beautiful manor-houses in Portugal

Going North in our exploration of Portugal with unique tailor-made tours, we arrive at Guimarães. This is the city where it all began, known as “the cradle of the nation”. It was from here that the first King of Portugal founded the country. Here, the sumptuous Casa de Sezim, in the village of Nespereira, is a curious mix of Portuguese spirit and pure exoticism.

A grandiose gate sets a traditional tone to the place that the classical pink façade of the manor-house only confirms. As we cross the gates and doors and get inside the house, in an unforgettable private tour in Portugal, things get more exciting. A new world of exoticism opens before our eyes. The paintings by Auguste the Rocquemont and the 19th century wallpapers depicting “Views of America” and Oriental scenes are two wonderful examples of this inspiration.

Casa de Sezim was built in the early 19th century as the holiday home of a family of aristocrats. There is a close connection between the house and fields, the vineyards and the gardens. Two hundred years after its foundation, it is still in the family and has been transformed into a charming rural tourism waiting to be discovered in your next tailor-made tour in Portugal.